Citizens of Shadow: A Vampire Tale, in which Vauquelin’s story continues. A queer dark fantasy of vampires, time travel, and sinister secrets that threaten to unravel an eternal existence. (May 13, 2023).

“A glorious, gothic-laced journey as alluring as the vampire at its dark and bloody heart.”

⸺ BEVERLEY LEE, author of The Gabriel Davenport Series, The Ruin of Delicate Things, The House of Little Bones, and the forthcoming The Sum of Your Flesh

A chance to live life over, to correct one’s mistakes — is it a blessing or a curse? In Beguiled by Night, Vauquelin, an ancient, queer vampire living in present-day Los Angeles, finds his time unwinding like a spool of dirty thread til he’s re-deposited into seventeenth century France: he seizes the chance for redemption. In Citizens of Shadow, he clings frightfully to his aim — until he learns the hidden costs of tampering with fate. Centuries of self-exile and isolation claim their due. What glory might unfold when you open your heart to what else is to come … and what rewards will you reap when you embrace your authentic self? Signed hardcovers and paperbacks with free bookmark will be available directly from Polidori Press, May 13, 2023. For non-French speakers, I have compiled audio pronunciation tracks for the main characters and locales in Beguiled by Night. Amusez-vous bien.

The vampire Vauquelin has been alive for centuries. As you might imagine, his taste in music can be quite bizarre. Listen along on Spotify for a moody accompaniment to Beguiled by Night. If, like Vauquelin, you love classical music, jazz, darkwave, and goth, you’ll love this soundtrack (and the book).

I am a lifelong student of French history and the macabre. My fascination with vampires dates back to the age of eight, when I saw ‘Salem’s Lot on television. Many years later, my love for haemovores became a beautiful marriage with my obsession with French history and culture, specifically of the seventeenth-century.

Beguiled by Night is my first published novel, although I have been writing since childhood. Growing up, the words of Toni Morrison were always bubbling beneath my dark surfaces: “If there’s a book that you want to read, but it hasn’t been written yet, then you must write it.” And so I did. I hope you love Vauquelin and my French vampire world as much as I do. Citizens of Shadow: A Vampire Tale (Beguiled by Night Book 2) 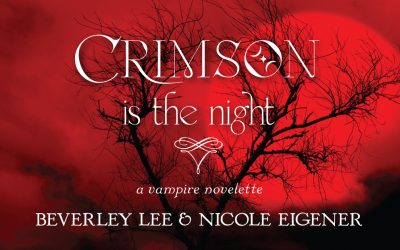 Crimson is the Night: A Vampire Novelette Now Available 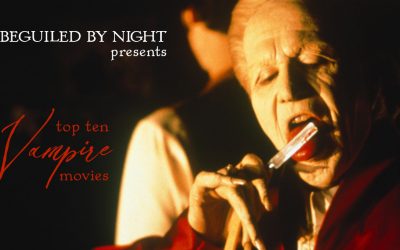 It goes without saying that as a writer of vampire novels, I am also a lover of vampire film and movies. But there are so many horrible vampire movies that it’s tough to slog through them all.